Skip to main content
Blog > Why do not you meet her before? 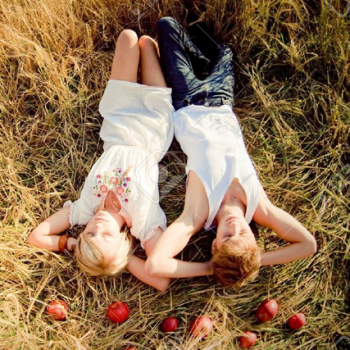 Why do not you meet her before?

I have a friend, he is alright with the girls that and he is on great relationships with them, but only with those whom he knows well, but with those whom he does not know, he begins to avoid or look for cues and gestures to show his actions. He keeps on mind his own convictions. You can also read more interesting articles on our chatroulette alternative blog!

Recently we went with him to the club. He liked one girl in the club. Quite hot and handsome, she moved flawlessly, he was looking at her. At the club, he told me a couple of times about it, what I said to him: "So what don’t you meet with her?" He said: "I will not approach it, I drank" - just follow the beliefs and excuses. On my sentences he always answers: "What should I tell her?" "I'm not in the mood," "She is with friends," "Am I should scream at the club? Music is too loud." The evening came to an end, and when we were going home, he said the phrase: "I’m going to find her on Facebook."

He found her on Facebook, they added, and started chatting… and the 4th question in their dialogue was: "Why did not you came and met with me? He is found 5 reasons (let's call it 5 excuses):

These are essentially excuses or fears that you are building yourself when you say to yourself "I do not like girls." He was in fact lucky, because one excuse rolling, she did not like meetings in the clubs, it somehow gave them some common ground, but in the end it turned out that she was waiting for action from him about what I wrote. That is why we must act, because if you do not do it, someone else will.

Girls shy in expressing their sympathy; they wait for the first manifestations of you, the first step. Yes, older girls go straight to the gestures, "shooting eye", a tempting gesture forefinger - all this already gives you a signal, "Come here, I'm interested in you." But while you're waiting for a shooting star from the sky, you will lose the opportunity to meet with the girl who likes you at the moment, but that just does not show the form.

The signals and gestures of sympathy girls show differently. Some girls as their shyness and convictions do not show anything at all. You sit with your friends, do you think that a girl who looks like at all, and you do not pay attention. And in fact, when you turn away, she just looks at you. Have you ever thought about this?